The History of Emotions Blog
https://emotionsblog.history.qmul.ac.uk 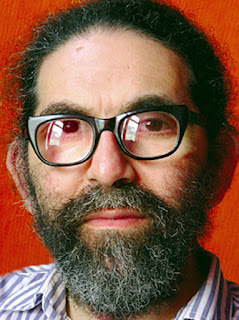 One of the pioneers of philosophy beyond academia in the UK is Geoffrey Klempner, the founder of the Pathways online school of philosophy, which he set up in 1995 – a long time before the likes of the School of Life or the Idler Academy. I had a chat with Geoffrey about his story, and his vision for philosophy.

When did you decide to be a philosopher outside of academia?

"I went to University College, Oxford, in 1976, to do a Masters under John McDowell. I had a rather strange relationship with him, because his arm was somewhat twisted to take me on as a student. And quite quickly I felt I didn’t belong in academia. I didn’t like the competitiveness among dons, and felt the really interesting issues were often buried or ignored. I once remarked to John that I’d only be happy if I set up my own philosophy school."

Do you think that your personality played a role? Perhaps you are not a very institutionalised person.

So you decided to leave academia and be an extra-academic philosopher. Were there such things in the 1980s?

"I had no idea. I decided to write a book, so I went on the dole in Oxford and then in Brighton. I ended up in Sheffield, and made contact with the philosophy department there. Then I started to teach philosophy classes with the Workers Educational Association (WEA) in Sheffield, which was a real breakthrough. It meant I was no longer going round in circles in my head. Suddenly I had to come up with ideas and lessons for my students. I persuaded them to come to my flat and we worked through my book chapter by chapter. I could never have done it on my own – it was the dialogue with my students that helped me to do it.

You hadn’t written them yet?

"I didn’t have my own computer. So I used a computer in Sheffield University and churned out the units. I was very strongly motivated to do it because I had an expectant student waiting for it at the other end."

How much did a course cost?

"The original price was £160, now it’s £240. It’s very good value for money – there are 15 units in each course, students get 800 words plus feed back for each unit, plus feedback to five essays from the mentor. But before the website, I was only breaking even after paying for the newspaper ads."

"In 1998. Sheffield University gave me a booklet on how to programme HTML and I did it myself. The website changed everything. Pathways finally became financially viable. I mean, my income has never been more than a junior lecturer, but given how enjoyable the work is, and the fact I don’t work very long hours, I think it’s quite reasonable. It’s a balance. Today, the sites get roughly 3500 hits a day, and about eight new students a month. Since 2003, we’ve also worked with the University of London providing tuition for its international diploma in philosophy, which brings in an excellent calibre of student."

Since then, you’ve set up quite a few philosophy websites.

"Yes, I’m kind of addicted to making websites. I’ve set up a dozen or so, including The Electronic Philosopher, Ten Big Questions, PhiloSophos.com. Ask a Philosopher (that site gets about 30 questions a week and we answer six of them), Gallery of Russian Thinkers…I’ve built between 3 and 4,000 pages on the net, including some really weird fringe stuff."

One of the bits of this vast landscape that I like is the Glass House Philosopher Notebook, which is sort of the Diogenes in your virtual city. Tell me about that.

"It was an experiment – I decided to be a philosophical counsellor to myself, and that the only way to do this was completely in the open. At that time, I had a wife and three daughters [his wife, June, has since passed away], I was struggling financially, my wife was totally uninterested in philosophy. And I was trying to understand my life as a philosopher in relation to my life in the world. I kept it going for 140 pages, stopped, then started again, then got interested in something else."

Some people’s vision of philosophy outside of academia is as a kind of therapy or counselling, in which the teacher and the student bring all of themselves to the practice of it – their emotions, their problems, their psyches. Is that anything like what Pathways does? Do students bring their personal lives into their essays?

"There’s a kind of rule that I’m not a therapist or a philosophical counsellor. I’m here to debate problems of philosophy. Being so prominent on the net, you’re a magnet, and you will attract people with issues. But we try and put philosophy centre-stage. The justification for doing philosophy is that you need it, you’re gripped by its problems. It’s not there to make your life better. I know there are other traditions where that is the goal, but I come from a tradition of analytical philosophy, which isn’t like that."

"Yes, they’re a fantastic way of provoking philosophical thought, and have been used by everyone from Seneca to Descartes. Live dialogues are terrific, of course, but it’s very rewarding to have time to sit down and compose a letter."

And today you have other people who volunteer as ‘mentors’.

"No, they volunteer, and they themselves get to do courses for free."

How do you do quality control?

"All correspondence is forwarded to me, and there have been cases where I’ve had to write and say ‘this is not good enough’ or the students have complained. There was also a case where a student was sexually harassing a teacher. On the whole it has worked well, and we have around 500 former students of the school."

So what advice would you give to people looking to set up philosophy schools?

"Well, it was really important to me that I didn’t expect it to make money. If you need money, there are better ways to get it. Perhaps you have a rich wife or a sponsor, then that’s terrific. Then you can invest massive amounts of time into building something up. And the wonderful thing about the internet is that, over time, it rewards good content. It rewards those with something to say."

How do you see philosophy developing outside of academia?

"Well, clearly there are lots of different organisations now, like Philosophy In Pubs, the University of the Third Age, the School of Life. But they tend to pass each other like ships in the night, without really connecting. Philosophy inside academia has institutions, like peer-reviewed journals, for some sort of quality control. At the least, it would be good for more of a conversation to develop between philosophy organisations outside of academia. But a lot of these organisations depend on the quality of the people attending it and running it. If you just gather a lot of people together in a pub, you can end up with inane chatter. Yes, everyone has something worthwhile to say, but it doesn’t always just come out by itself."