Two proofs of the existence of an ultimate reality 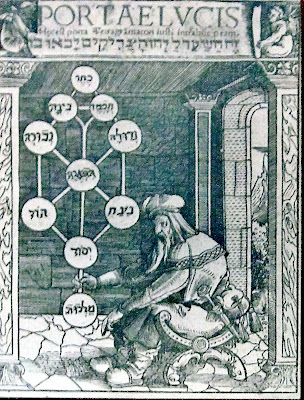 Like all alleged proofs, there is always the option to deny one or more of the premisses if one refuses to accept the conclusion. I happen to believe that the premisses are true but I will not argue the case here.

I will, however, make one point to forestall the most likely objection. This comes from one or other of the many versions of the verification theory of meaning. I am begging the question, the objection goes, because in order to 'prove' the existence of an ultimate reality I have to assume the very thing that verificationism rejects.

If that's what you believe then that's what you believe. As Wittgenstein once remarked, '"War is war" is not an example of the law of identity either.' [1] That objections of this form are still widely accepted despite the rejection of the theory of meaning once espoused by Carnap and Ayer shows something about the present state of academic philosophy. I refrain from elaborating on my opinion of exactly what it shows.

Here are my two proofs:

1. It is logically possible that the universe came into existence five minutes ago. [2]

2. Whether or not the universe came into existence five minutes ago cannot be determined by the empirical facts.

3. Whether or not the universe came into existence five minutes ago depends on how things are in ultimate, supra-empirical reality.

2. It is logically possible that the entity I refer to as 'I' came into existence five minutes ago.

3. Whether or not the entity I refer to as 'I' came into existence five minutes ago cannot be determined by the empirical facts.

4. Whether or not the entity I refer to as 'I' came into existence five minutes ago depends on how things are in ultimate, supra-empirical reality.

2. "In investigating memory-beliefs, there are certain points which must be borne in mind. In the first place, everything constituting a memory-belief is happening now, not in that past time to which the belief is said to refer. It is not logically necessary to the existence of a memory-belief that the event remembered should have occurred, or even that the past should have existed at all. There is no logical impossibility in the hypothesis that the world sprang into being five minutes ago, exactly as it then was, with a population that 'remembered' a wholly unreal past. There is no logically necessary connection between events at different times; therefore nothing that is happening now or will happen in the future can disprove the hypothesis that the world began five minutes ago. Hence the occurrences which are called knowledge of the past are logically independent of the past; they are wholly analysable into present contents, which might, theoretically, be just what they are even if no past had existed." -- Bertrand Russell The Analysis of Mind Lecture 9.